Skip to content
No fishing. That’s what I mean by “strictly business.” That bring said, Sara and I are making the most of our weekend away in Charleston, SC. I’m interviewing for a position and we decided to turn it into a short vacation.
It is a beautiful town. We had a drink on the roof of vendu and tasty dinner at the first come first serve chefs table at “SNOB” as the locals call it.
One more day of exploring and then back home to our little baby. 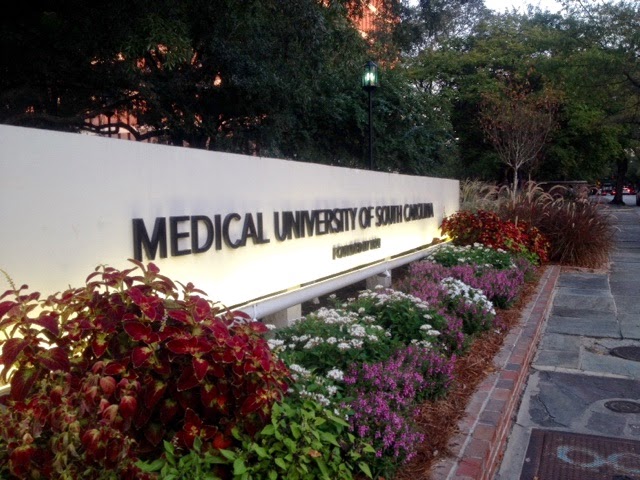 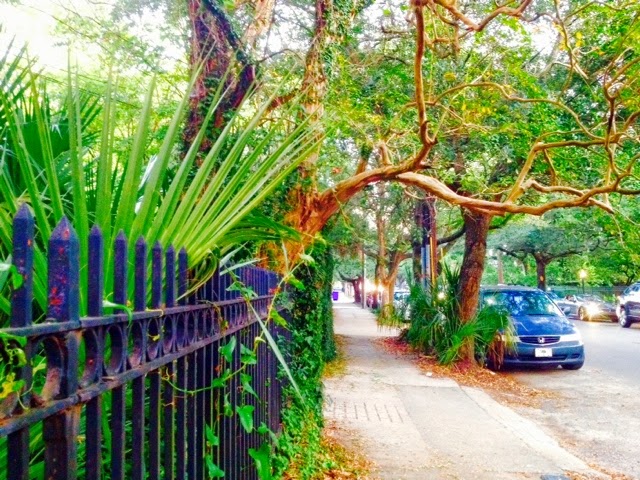 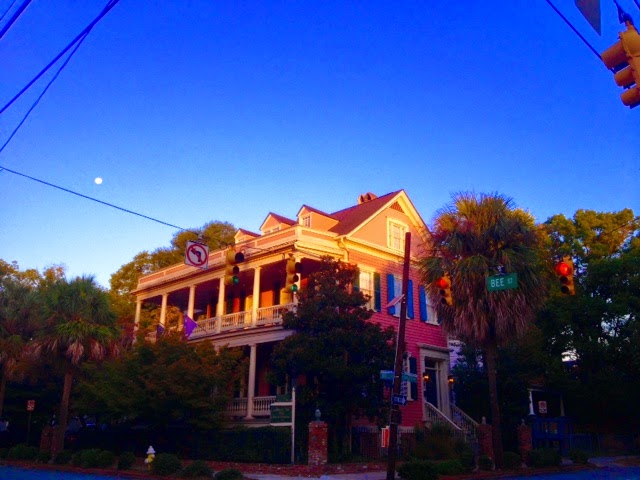 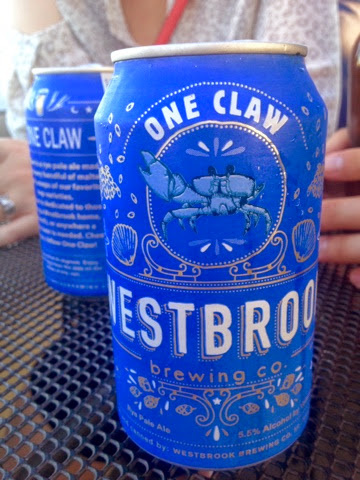 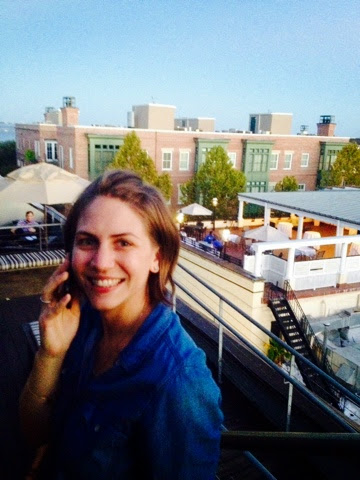 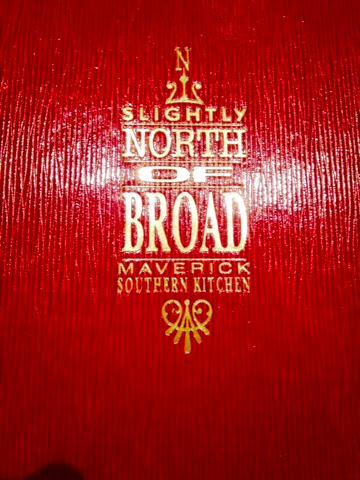 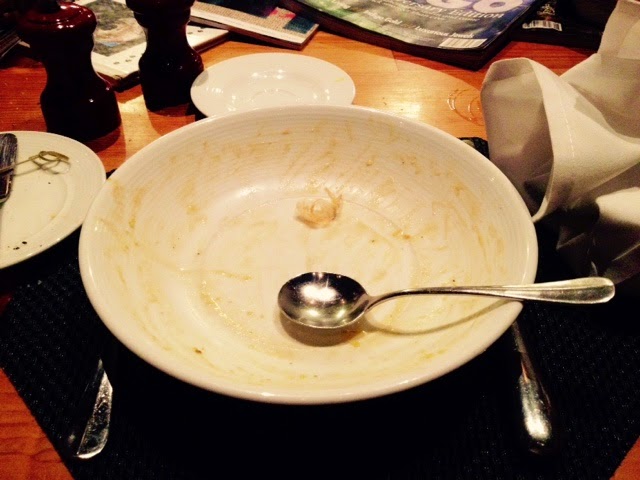 Today was a relax day. A bit of shopping. Evening church service and a prime rib dinner. We head home to Virginia tomorrow where it will be back at work. But not before I get a whirlwind trip to Wilmington in to try and find some winter red fish. Merry Christmas! 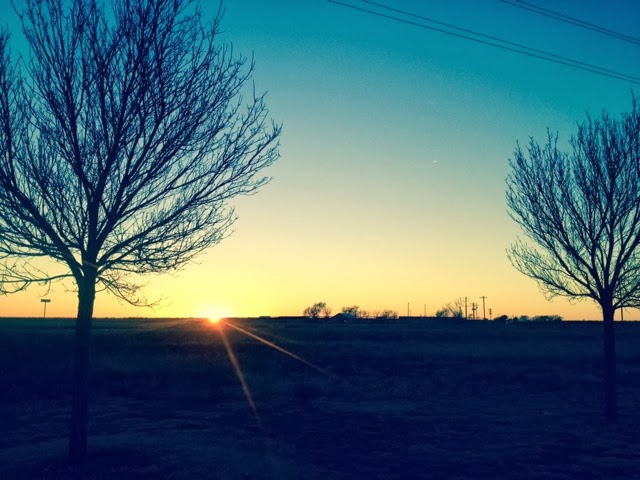 Sunset before the church service. Not a cloud in the sky. 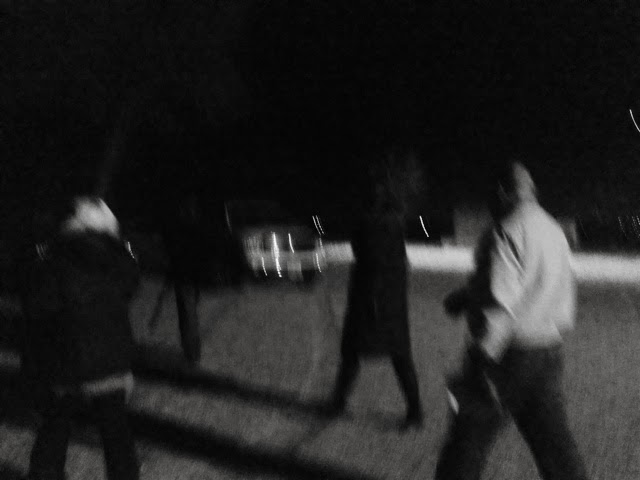 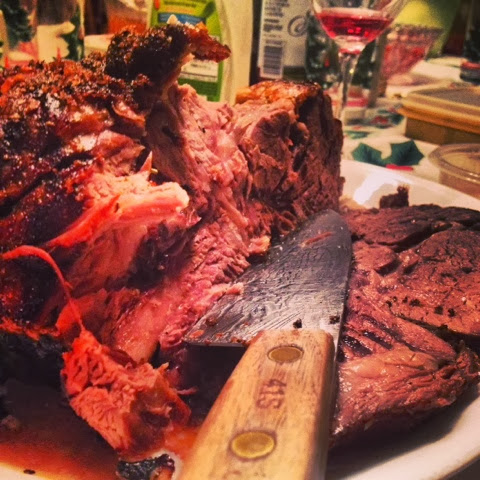 Vegetarians, we are not.

It took me a while to sit down and complete it, but it is finally done. As I didn’t’ really plan on making a video form the start, it is a bit of a hodgepodge of scenes from the trip, but overall, it does a nice job of showing some of the sights we enjoyed on our journey. The music is also provided by an Aussie band, Angus and Julia Stone
For the recap of the days see below.
Day 1
Day 2
Day 3 – hmmm… I guess there was no Day 3…
Day 4
Day 5
Day 6
//player.vimeo.com/video/82467444
An Australian Adventure from My Leaky Waders on Vimeo.
In October 2013, Sara and I made a whirlwind trip to Queensland, Australia. Good food, coffee, waves, deadly snakes and poisonous catfish, great conversation, wildlife and plenty of sunshine.
Music: Angus and Julia Stone: “Paper Aeroplane”

Ironically most of the day was in Salem. Also, because there are some “owner content” issues, you might not be able to watch this on your phone. Only a PC. My bad:) just copy and paste the link into your web browser and off you go.

We are back, safe and sound, recovering from the vacation.  It’s funny how a vacation far away (which usually seems more appealing) tends to leave you more tired than one spent at home.

Late last summer, we planned a trip with friends to stay in one of those all-inclusive resorts in the Yucatan Peninsula. The thought was, it will be the most hassle-free option and therefore give us the most relaxing vacation. This was mostly true. However, by the end of the trip, I think we all recognized what we gave up by choosing the all-inclusive. We lost some freedom and the joy of discovering things on our own while having a catered variety of diverse food, drinks and activities delivered to our door.

I’m not trying to complain. It was an awesome trip. An absolute blast. I think I just learned something about myself. When it comes to vacationing, for me, it is like fishing. I am happier to catch the one fewer fish that I spent more time and energy seeking out than the buffet of fish from predictable and easily accessible waters. I want to feel like I earned it. 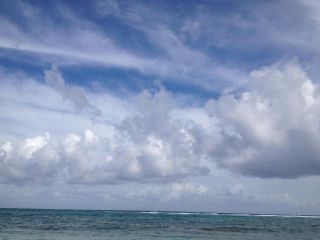 Okay, so now to answer your question. Did I fish? Yes. Did I fly fish? Yes. Did I get a guide? No. What did you catch? Oh, this is where you’ll have to wait. I have to put together the video 🙂

Ha. I’m kidding. The first morning I woke at six AM and went straight for the shore. It was a pretty rocky shore with lots of surrounding reef. I am so thankful I brought my wet wading shoes. My feet would have been shredded salami without them.

I walked up about a mile to another bay. I was carrying a small box of flies, some I borrowed, some I tied and two rods loaned from my buddy, a more experienced salt water fly fisher.

At first I pulled out the eight weight and began casting a crazy charlie blindly into the Caribbean blue water. I was getting used to the intermediate weight line alternating between fast an slow retrievals when I pulled up my line to cast it out again. Their was a disproportionate splash for the line that came out of the water so I looked a little harder at the spot fifteen feet in front of me. I saw a flash of a large silvery body with the build and size of a boxy pillow and a large, black, sickled tail. I could see it clearly. This was a permit. One of the trophies many salt water fisherman seek. And this one was seriously as big as my torso.

In the split second it took for me to recognize what I just saw and to simultaneously crap my pants, I began to cast my fly to lead the permit. It didn’t matter. I had obviously spooked the fish as it blasted away from me leaving a large wake.

I really couldn’t have expected to hook, let alone see a trophy fish within my first few minutes of fishing in Mexico. I’m sure it was just coincidence the fish was near my fly. There is no way it was actually interested. Right?

Anyway, I was elated. The morning’s hike, with no prior knowledge of the area and no experience tropical fly fishing had resulted in a sweet sighting.

I slowly made my way back, casting here and there, switching flies intermittently, and looking for fish.

As I got back to our hotel area, I realized these waters were the most similar to the flats I read about and had seen in many fishing videos. I greedily pushed out the memory of a “be careful of the reef” sign and carefully waded out to begin casting.

A short tangent here, I did (and still do) feel guilty about wading around the reef. I am fully aware of the damage an errant step or kick can cause to coral, so even though I was being as careful as possible, like abstinence, the only truly safe thing for the reef would have been for me not to wade there at all.

Anyway, I began casting to the edges of rocks, slowly retrieving a small shrimp-like puff I had tied. It wasn’t ten minutes before I caught my first two reef fish. I don’t know the species, but one seemed similar to the croaker I catch here in Virginia.

Ten minutes after that, while slowly retrieving the fly through a flat, I set the hook on a lively fish. It weaved back and forth, testing my drag, finally surfacing to show me its slender body, silvery armor and white belly. I laughed out loud (I now realize I do this a lot while fishing). I had hooked my fist bonefish, and a minute later, I had landed my first bonefish. It was gorgeous.

I honestly thought about quitting right there. Even though I hadn’t sight fished for this guy, I had done it. I had caught a fish so many people obsess over. One of the big name tropical fish. The one carp fisherman tend to site when they are trying to convince other fly fisherman of the validity of their catch.

After getting my video, releasing the fish and trying to wash off the semen-like substance left all over my hands and shorts from the fish (no one tells you about that, bonefish are covered in a nasty slime), I began casting again. I caught a couple more bonefish, but the next best thing that happened was spotting a swimming trigger fish. Just cruising along, I got it to follow my fly and take it on the second cast. Trigger fish can fight. It took a couple big runs and then the fly came out. After that, I was done. I felt complete. Accomplished.

I fished a couple more times over the next few days landing a few more fish. I even hiked back to the far bay in search of that permit with no luck.

I expected to be surprised by the all-inclusive resort, but I didn’t expect to long for the less-inclusive. Additionally, I hoped I would see some fish and maybe catch one, but I didn’t expect to catch several bonefish, sight fish a trigger fish, and spot a huge permit. Even though I had anticipated and hoped for some of these things, I was still surprised at how it all worked out. There is something to be said about being surprised. Sometimes you work hard all day to find fish, and get nothing. Surprise. Sometimes you plan on catching nothing and come away with more than you had hoped. Surprise. Either way, it seems it is the surprises that make the experience memorable and not the predictability.

Surprisingly, this taste of bonefish has now given me the craving for carp.

Tomorrow morning,
Sara and I are heading for warmer waters.
Fly rod and box in tow
My mornings will be spent lurking the beach
Watching the water for shifting shadows
And tailing fish, a poker player with an obvious tell.

I’ve been a houseplant resting
By a poorly lit window
Trying my best to look green.
I’ve only been able to pull off
The pale shade of lima been.

Tomorrow, tomorrow
Soak up the sun
On borrowed time.
Drink the food
And eat the vine
For vacations last
Too short in time.

As I leave you all
To your own devices
I share with you
Beautiful voices.
The tunes that fill my mind
As I walk through wards
And daydream of places
blue and warm.

To start I want to show you
Something quite unique.
The Tune Yards are a band
You have to see.

Next is someone
I’ve enjoyed for several years.
Lisa Hannigan used to back up Damien Rice
But she’s now out on her own for you to hear.

And lastly, is someone I found on
YouTube.
Zee Avi has an island feel
With an old school voice.
Enjoy.

My latest CD, “4” is out and available on multiple streaming sites and itunes. Check it out here! https://tinyurl.com/y8f384zv

plus I’ve got another CD here!